DVD – THE CROSS AND THE SWITCH BLADE

DVD – THE CROSS AND THE SWITCH BLADE

The change in the life of notorious gang leader Nicky Cruz, as shown in the film, proved to be wonderfully lasting and real.

Long before faith-based films became a regular feature of mainstream movie theaters, there was, The Cross and The Switchblade. The film was made squarely within the Hollywood system yet, was set apart by the unashamedly Christian vision of its producers. It went on to become a worldwide min-istry phenomenon and it stands among the early sparks that ignited today’s growing Christian film movement.

Based on the 1963 autobiography, of the same name by David Wilkerson, the film depicts the unlike-ly efforts of a “skinny country preacher” to bring change to the desperate lives of gang members liv-ing and dying on the mean streets of New York City. Among those whose lives were transformed was the notorious gang-leader Nicky Cruz who went on to lead a decades long outreach to gang members and other distressed young people.

Wilkerson’s mission to tell lost and hurting young people that there was a better way through Jesus Christ, blossomed into the Times Square Church and the international ministry of World Challenge whose mission is to bring lasting, holistic change to individuals and communities.

The story lives on in the book, in this film but more importantly in the legacy of lives transformed by the message that no one is ever so far gone that they cannot find the way home. 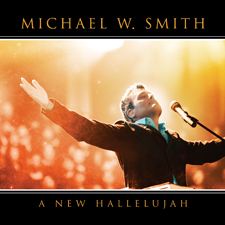 ISRAEL AND NEW BREED: LIVE FROM ANOTHER LEVEL

₵8.00
Close
Login Account
x
Let's chat
Powered by
This DVD - THE CROSS AND THE SWITCH BLADE costs only ₵10.00. We deliver nationwide at a fee. Kindly place your order now while stocks last.
Purchase Today For Binace Now!